Andy Coyne looks at the US confectionery giant’s latest move to broaden its portfolio and weighs up reaction to the deal.

IPO activity all but stopped in 2020, as the investment community grew wary of the effects of COVID-19 on economies. No matter how deserving a business was of flotation, momentum was halted by concerns of when a ‘new normal’ of working patterns and trade would set in. Recently, sentiment has changed. Flotations picked up again during the second half of 2021, and now in 2022 the mood is decidedly optimistic. Business leaders have their eyes on fast rebounding economies, buoyant market indices and the opportunity once again to take their businesses public. As a result, global IPOs are expected to hit back this year. With GlobalData’s new whitepaper, ‘IPOs in Consumer and Retail: 5 must-include elements for your prospectus industry report’, you can explore exactly what is needed in the essential literature. GlobalData’s focus lies in the critical areas to get right: Interested to learn more about what to include in your IPO Industry Assessment report? Download our free whitepaper.
by GlobalData
Thank you.Please check your email to download the Report.

New Year is the traditional time to make resolutions but Hershey has made a commitment to create “an innovative, snacking powerhouse” before Santa has loaded up his sleigh.

Hershey announced on Monday (18 December) it had struck a deal to buy fellow US business Amplify Snack Brands for US$1.6bn. 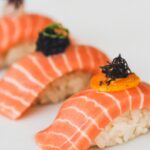 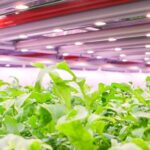 Texas-based Amplify markets brands in the US including SkinnyPop popcorn and Paqui tortilla chips. In 2016, Amplify made a notable acquisition outside the US, snapping up UK-based crisp maker Tyrrells, which, as well as domestically, has built solid positions in markets including France, Germany and Australia.

Hershey, which owns brands including Reese’s chocolate and Krave jerky, said the acquisition will “strengthen” its position “in the snacking aisle”. And, by and large, analysts have reacted positively to the deal.

Announcing the deal for the SkinnyPop and Tyrrells owner, Hershey said the purchase price represented a multiple of “approximately 14.8-times 2017 adjusted EBITDA”, including synergies it has identified.

Hershey asserted the acquisition would “drive significant shareholder value” through growth and margin expansion, as well as cost synergies. It expects annual run-rate synergies of approximately $20m to be generated over the next two years from cost savings and portfolio optimisation. It also expects the deal to be accretive to adjusted earnings per share in the first-year post closing.

Alexia Howard, an analyst at Sanford Bernstein, suggests that level of savings falls below those touted in other comparable deals in the sector but said changes in production could help.

“The expected synergies of $20m or circa 5.5% of Amplify’s sales are somewhat below the average synergy level quoted for large-scale CPG deals since the 2000s, [of] circa 7-8.5%,” Howard said. “Nonetheless, the current estimate of synergies does not include the possibility of bringing Amplify’s production in house, the majority of which is currently done through co-packing. Should Hershey decide to bring Amplify’s production in house as it reaches scale, this could provide additional upside in terms of synergies.”

Michele Buck, Hershey’s president and CEO, touted the acquisition of Amplify as “an important step in our journey to becoming an innovative snacking powerhouse”.

She added: “It will enable us to bring scale and category management capabilities to a key sub-segment of the warehouse snack aisle. Hershey’s snack mix and meat snacks products, combined with Amplify’s SkinnyPop, Tyrrells, Oatmega, Paqui and other international brands, will allow us to capture more consumer snacking occasions by creating a broader portfolio of brands.”

However, as Hershey noted on the call, the majority of Amplify’s sales are made in the US. The company told analysts its focus for the new asset would initially be on the US, where Amplify generates 90% of its sales.”

The US confectionery giant’s desire to expand into other snacks categories in its home market is understandable. Confectionery sales in the US have been under pressure in recent quarters. In March, upmarket chocolate maker Lindt & Sprungli pointed out how the American chocolate market as a whole had declined in 2016 for the first time in recent years.

Bear in mind, too, Nestle effectively put its US confectionery business up for sale in June when it announced it was reviewing its options for the unit. The world’s largest food maker does not disclose sales by country in its quarterly financial statements but, when it reported its 2016 numbers, singled out the US as “disappointing, impacted by the competitive environment and low growth in the mainstream chocolate market”.

Announcing its own 2016 results in February, Hershey pointed to its ability to eke out a 0.4 percentage point improvement in its share of US “candy, mint gum” sales to 31.2%.

Hershey has found the going challenging in 2017. In July, alongside Hershey’s first-half results, the company downgraded its sales outlook for 2017, blaming a tough retail climate.

Other confectioners will have fared less well. However, Hershey’s management team, now led by Buck after her promotion from COO in March, would have been looking for ways to inject some growth into sales.

Buck’s promotion could be seen as a key catalyst for Hershey looking to M&A to broaden its range and, by extension, for the Amplify deal happening.

She had said in October that she was “very open” to the US snacks giant looking for mergers and acquisitions, which she claimed will play a “key role” in its growth.

Buck, a former chief growth officer at Hershey, would have been well aware a business centred on confectionery in an increasingly health-driven climate could be vulnerable.

Amplify, meanwhile, gets 61% of its sales through its better-for you SkinnyPop popcorn range which, post-deal, becomes Hershey’s sixth largest brand.

Pablo Zuanic, a senior equity analyst at SIG, said: “Food companies will pay steep premiums to improve their growth profile. Hershey wants to expand into the broader snacks category – we should qualify that by saying on-trend and better-for-you snack category – so the Amplify deal is consistent with that strategy.”

Euromonitor International praised Hershey’s recent performance but its reflections on the Amplify deal echoed Zuanic. “Although Hershey has performed well in the market, questions about the long-term viability of selling sugar confectionery ought to be raised – the growing demonisation of sugar as being unhealthy, plus the demographic shift towards older consumers may reduce its appeal,” it said.

“Whilst Hershey experienced some relatively poor financial results for the last two to three years, the company needs to be applauded for its decision to branch out into healthier snacks.”

At Sanford Bernstein, Howard described the deal as “a reasonable strategic fit for Hershey” and one that “will likely help Hershey diversify the business from confectionery into savoury, better-for-you snacks”. She added: “We also expect Hershey to leverage lessons learned from its past M&A activities to manage the Amplify brands prudently.”

Amplify’s management team talked up the heft Hershey could bring its brands. “I’m excited for our team who will have access to Hershey’s marketing and go-to-market resources to take our brands to the next level,” Amplify president and CEO Tom Ennis said.

And that was a point also made by CEO Buck in Hershey’s post-announcement call with investors. “The SkinnyPop brand team have done a magnificent job but we feel we can add momentum on distribution, category management and innovation,” she said.

“Amplify is forecast to generate around $375m in sales in fiscal 2017 versus the $7.5bn we anticipate wide-moat Hershey will chalk up, but we view the striking growth prospects (high-single-digit top-line gains) combined with the attractive margin profile (adjusted EBITDA margins approximate 23%) of this convenient and healthy fare as evidence of the strategic rationale for the deal,” she said.

“Firms throughout the consumer product industry have succumbed to lacklustre sales and volume, and we believe this deal affords Hershey another avenue by which to elevate its sales trajectory.”

Intriguingly, and given Buck’s comments about M&A as context, certain analysts are wondering whether Hershey could be on the look out for further snacking acquisition opportunities.

Lash said: “Since taking Hershey’s helm in March, Buck has indicated openness to pursuing deals beyond the firm’s core confectionery aisle, and the tie-up with Amplify Snack Brands, confirms her intent.”

However, she added: “We don’t believe Hershey’s hunger to build out its presence in snacking has been satisfied.”

Hershey has been mentioned in dispatches in relation to making a bid for Nestle’s US confectionery arm this year and last year rejected a takeover bid from Cadbury’s chocolate maker Mondelez International.

Being either a buyer or a seller in these instances would have seen the company’s future intrinsically linked to mainstream confectionery.

Instead it has chosen a different path. Starting with the acquisition of Krave Pure Foods, a maker of beef jerky, in 2015, continuing through its purchase of Ripple Brand Collective, the US firm behind the BarkThins snack brand in 2016, to the move for Amplify, Hershey has broadened its offering into on-trend, faster-growth categories.

In the case of SkinnyPop, Hershey talks about a brand of popcorn that is growing by 26% against category growth of 13%.

Shareholders and investors will be hoping that some of that sales growth ‘magic’ rubs off on Hershey’s top line.

IPO activity all but stopped in 2020, as the investment community grew wary of the effects of COVID-19 on economies. No matter how deserving a business was of flotation, momentum was halted by concerns of when a ‘new normal’ of working patterns and trade would set in. Recently, sentiment has changed. Flotations picked up again during the second half of 2021, and now in 2022 the mood is decidedly optimistic. Business leaders have their eyes on fast rebounding economies, buoyant market indices and the opportunity once again to take their businesses public. As a result, global IPOs are expected to hit back this year. With GlobalData’s new whitepaper, ‘IPOs in Consumer and Retail: 5 must-include elements for your prospectus industry report’, you can explore exactly what is needed in the essential literature. GlobalData’s focus lies in the critical areas to get right: Interested to learn more about what to include in your IPO Industry Assessment report? Download our free whitepaper.
by GlobalData
Thank you.Please check your email to download the Report.
Topics in this article: Amplify Snack Brands, Campbell and Hershey gobble up US snacks groups, Confectionery, Food M&A, Hershey, In the spotlight, Tyrrells, Tyrrells gets third owner in two years