The fact official pandemic-related legal restrictions in the UK were repealed on the very day Vladimir Putin launched Russia’s invasion of Ukraine is, in itself, a coincidence, a minor historical detail of no great significance even to the UK.

However, this dovetailing of a new stage in the pandemic and the Ukraine conflict does in some way serve to underscore the unrelenting disruption and instability the world is enduring. Covid-19 has showed how a global crisis can seriously hamper efforts to combat climate change but, owing to its implications for global energy and food supply, the Ukraine crisis could constitute a far more serious impediment to climate action.

The unfolding consequences of the conflict in the energy and food sectors closely mirror one another. Inflation and security of supply are the chief concerns but the question of retrenchment on measures aimed at addressing climate change has also been much discussed, particularly in the EU.

The EU has announced an “exceptional and temporary derogation” allowing the production of any crops for food and feed purposes on fallow land, while maintaining the full level of green subsidies for farmers. The aim is to expand EU production capacity and compensate for the limited availability of fertile land.

In addition, EU member states will be permitted, if they wish, to amend their Common Agriculture Policy (CAP) National Strategic Plans, already filed with the EU Commission and set to run from 2023 to 2027, in response to the Ukraine crisis.

While the EU Commission said this would give countries scope to strengthen resilience, reduce energy dependence and expand sustainable production capacity, campaigners fear countries will use this opportunity to water down their own environmental commitments. 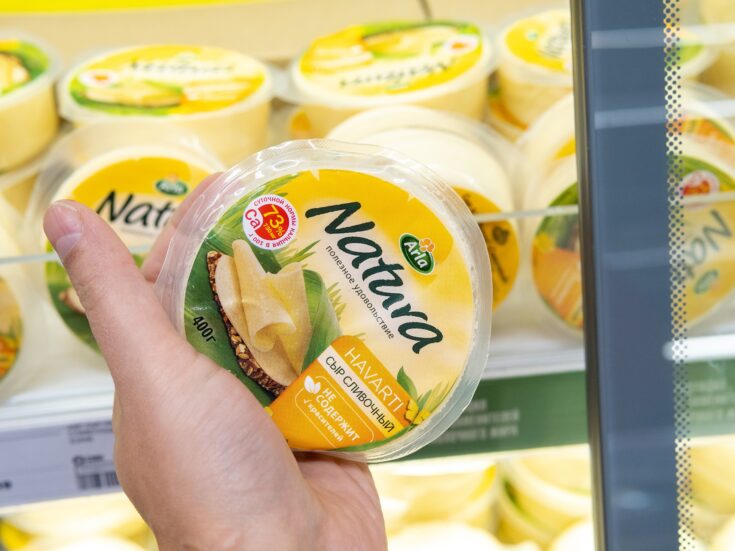 As in relation to energy, the Ukraine conflict has sparked fierce debate between campaigners and vested interests regarding whether climate targets or policies need to be trimmed back in response to the global turmoil. There have been accusations that some lobbyists are using the conflict opportunistically to pressure policymakers for new concessions within the EU’s Farm to Fork agricultural strategy, notably by overstating the food security threat in the EU.

It would be more than distasteful if lobbyists have been deliberately exaggerating the extent of food insecurity the EU, given the very real and alarming threats to food security elsewhere.

While further food inflation and supply chain disruption are the primary threats to developed nations, developing countries are in far greater peril with regard to food security. Russia and Ukraine combined represent in excess of 30% of the global trade in wheat, while accounting for more than 50% of the global market for sunflower oils, seeds and meals. Such is Ukraine and Russia’s significance as agricultural producers that up to 500m people are now at serious risk of what is being termed “collateral hunger”.

The cost-of-living and supply issues relating to food and energy in developed countries are serious and demand action but have to be seen in the context of the far greater food security crisis emerging elsewhere. Furthermore, if there are instances where measures taken by developed countries could exacerbate the food security risks poorer nations are facing, most egregiously with unnecessary food export bans, the priorities should be crystal clear to all.

The developing food security crisis underlines the inextricable link between climate action and maintaining global food security. In the context of the Ukraine crisis, the two issues are inseparable and the same will be true as the world continues to tackle the climate emergency over the coming decades.

While environmentalists are concerned agri-food lobbyists are looking to undermine climate change measures, short-term exigencies cannot be disregarded. The EU appears to have settled on a reasonable balance with its suite of measures. Campaigners pushing for no concessions to be made whatsoever argue sustainable agriculture reforms build resilience that will bolster the food system against future shocks of the kind it is currently experiencing. While that may be true, ensuring long-term resilience and dealing with immediate shortages and disruptions are different objectives. The former cannot be disregarded but the latter demands immediate action.

The need to balance current extremities against the need for urgent action addressing long-term objectives speaks to a critical challenge the climate emergency poses for policymakers. The outcome of the COP26 climate conference demonstrated all too vividly how short-term concerns outweigh longer-term challenges.

Clearly, enduring two global crises without respite is unprecedented but, as the process of tackling climate change continues, there will always be shorter-term issues to distract policymakers from extremely long-term overall climate objectives. Crucially, the timeframes for the Paris climate goals are of an entirely different order from the election cycles governments work to.

The Ukraine conflict also meant the latest report by the Intergovernmental Panel on Climate Change (IPCC), published in late February, has received little coverage. Interestingly, the report emphasises the interconnectedness of climate change with other threats. As the report was launched, one of its authors commented policymakers tend to view climate change as a single issue when in fact it is a “matrix of risks”.

Climate policy may, one hopes, not always be competing for government bandwidth with more immediate global cataclysms, as has been the case for the past two years, but governments will never have the luxury of dealing with climate change alone. Katharine Hayhoe, chief scientist for the Nature Conservancy, has described climate change as “the ultimate threat multiplier”, making any issue policymakers face harder to solve.

In a fairly parlous state following the COP26 conference last November, the UN-led climate process has been further hampered by recent events, not least because it was agreed at the summit that countries would use the coming year to revise climate targets and raise ambitions with the aim of getting the process back on track. That the envisaged scaling-up of commitments will be achieved amid the current crisis seems unlikely to say the least. Meanwhile, the fact the COP27 conference in November is to take place in Egypt, one of the countries expected to be most seriously affected in terms of food security, is all the more poignant.

Smart Digital Transformation for the Food and Beverage Industry