Europe was the fastest-growing region when analysing the hiring patterns for environmental, social, and governance (ESG) jobs at food manufacturers in the three months ending November.

The number of roles in Europe made up 19.5% of total ESG positions – an 8.6 percentage point increase from 10.9% in the same quarter last year.

That was followed by Asia-Pacific, where there was a 0.6% dip in its share of ESG roles during the period. 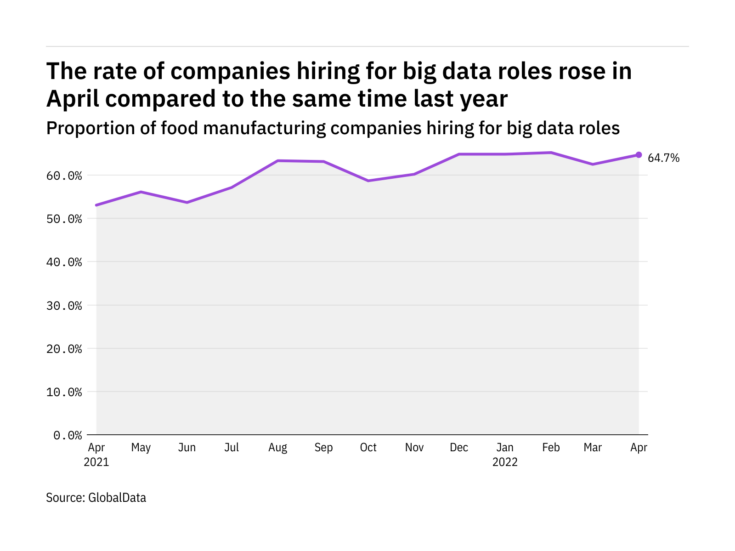 The figures are compiled by GlobalData, which tracks the number of new job postings from key companies in various sectors over time. Using textual analysis, these job advertisements are classified thematically.

GlobalData's thematic approach to sector activity seeks to group key company information by topic to see which companies are best placed to weather the disruptions coming to their industries. These key themes, which include environmental, social, and governance, are chosen to cover "any issue that keeps a CEO awake at night".

The research is designed to show which companies are leading the way on specific issues as well as where the market is expanding and contracting.

Which countries are seeing the most growth for ESG roles in the food industry?

The fastest growing country was the UK, which accounted for 13.3% of job ads in the three months ending November this year, up from 5.7 per cent of open positions a year earlier.

However, the top country for ESG roles in the food industry is the United States, which accounted for more than half (51.3%) of all roles in the three months ending November.

Which cities are the biggest hubs for ESG workers in the food industry?

Some 1.5 per cent of all food industry ESG roles were advertised in the UK city of Northampton – more than any other city.

That was followed by another UK city, Liverpool, with 1.5%, then the US city of Charlotte with 1.3%. A third UK city, East Riding of Yorkshire accounted for 0.9%.

Where is food industry’s hiring for machine-learning jobs buoyant?

Asia-Pacific leads on hiring for digitalisation jobs in food – data