Sainsbury’s full-year profits came in ahead of City forecasts this week. Dean Best takes a look at how the UK retailer believes it can withstand fresh competition and how its success in the downturn means it is now in a position of strength.

When the economic downturn first hit the UK, some retail industry watchers argued Sainsbury’s, with its mid-market position, would be one of the grocers that suffered most.

With the more cash-strapped consumers turning to the likes of Aldi and Lidi and the more affluent, while eschewing expensive holidays or a new car, looking to treat themselves, Sainsbury’s was seen as a retailer that could have found itself squeezed in what economists call a bifurcated market. However, the retailer’s latest annual results, published this week, show Sainsbury’s has been one of the most successful food retailers in the UK despite the toughest economic conditions for a generation.

One City analyst has labelled Sainsbury’s “The Outperformer”. There are different reasons why Sainsbury’s has prospered but, underlying most of them, is its knack of convincing consumers that it can offer value and, on the occasions when shoppers want to trade up, quality, too. In effect, being able to cater to both ends of that bifurcated market. 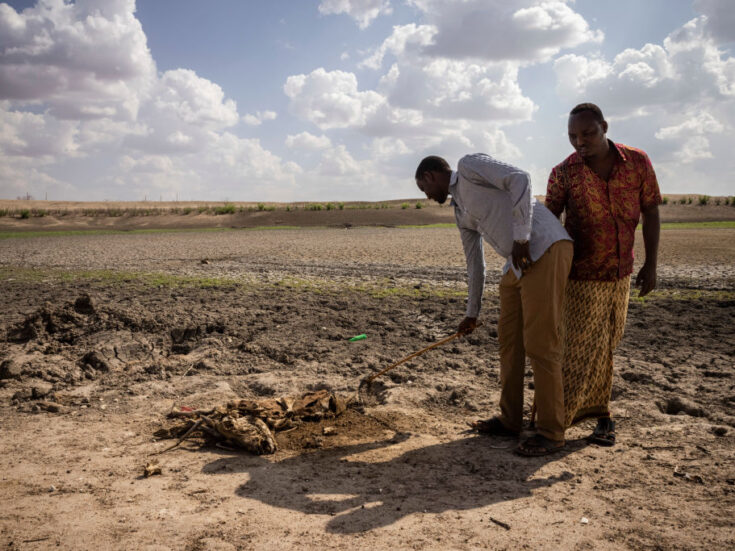 Sainsbury’s chief Justin King has repeatedly pointed to the number of baskets that contain the retailer’s cut-price Basics own-label and upmarket Taste The Difference private-label ranges and he did so again this week. He also demonstrated Sainsbury’s insight into shopping habits in the UK when he noted how consumers want to spend more, or indulge, around special occasions throughout the year but then cut back at other times.

That said, a critical factor in Sainsbury’s success has been its Brand Match promotion, which compares the price at which it sells branded products with rivals Tesco and Asda. Facing consumer confidence at its lowest ebb for 30 years and a more promiscuous shopper willing to weigh up which retailer offers the best value, Brand Match has convinced those that thought Sainsbury’s was too expensive for them that it could provide value-for-money.

Competition in the UK, however, is intensifying. Price-comparison schemes are proving a popular competitive tool. Asda continues to plug its Price Guarantee and, last week, Waitrose extended its Brand Price Match, which targets Tesco. Analysts have argued Waitrose’s move could nullify the impact of Sainsbury’s own Brand Match. However, speaking after Sainsbury’s reported its annual results on Wednesday, King insisted the retailer’s stood up against the initiatives of others. “It’s still head and shoulders the best price promise,” he said.

Vouchers or coupons is also a common tactic. King said Sainsbury’s had issued 375m coupons to its shoppers in the last year. Of course, Sainsbury’s is not the only food retailer to offer coupons off products, a shopper’s final bill or the price of petrol. However, King insisted the vouchers were a worthwhile investment, notably because the retailer could use data from its Nectar loyalty card scheme. “Vouchers are the most profitable investment a retailer can make because they are targeted at changes the customer might want to make. Vouchers driven off loyalty data at the point of purchase as a key competitive advantage,” he said. Nevertheless, Tesco is using coupons more often. In January, after Tesco reported another quarter of falling like-for-like sales in the UK, CEO Philip Clarke admitted the retailer had been slow to tap into the use of vouchers to attract shoppers.

Quality and service are two other areas on which UK retailers are increasing their focus. Clarke also admitted in January that Tesco needed to work on “the shopping trip” as a whole and would invest more in products and customer service. “Retailers are judged on the total shopping trip. Just to work on one dimension would be a mistake,” he said. “We’ve been running the stores a bit hot for a while and we need to invest back in people in the stores and product in the stores.” Tesco has since announced a series of initiatives, including investment in fresh food and the relaunch of its entry-level own-label line.

Nevertheless, this week, King seemed to welcome moves from Sainsbury’s rivals to invest in areas other than price. “If the conversation in this market place is to shift and people are arguing over the quality of what they sell or the quality of the service they deliver in store, then we are very happy that’s the competitive picture,” King said. “We believe we have real leadership and real strength on that dimension.”

King is one of UK retail’s more assured executives and, after Sainsbury’s recent performance, he has every reason to be confident. Nonetheless, Sainsbury’s remains measured in its approach. It is spending less on capital projects this year, with the focus of its investment in stores in areas where it is still under-represented in the UK. The reduction in spending will help in that area and will help Sainsbury’s compete on price, service and quality and should mean it can invest more in the convenience and online channels, two faster-growing areas of the UK’s food retail sector.

Competition in the UK has intensified and Sainsbury’s faces a fresh set of challenges. However, its success in during the downturn and its work in areas from Brand Match to own label and fresh food means it is in a position of strength.