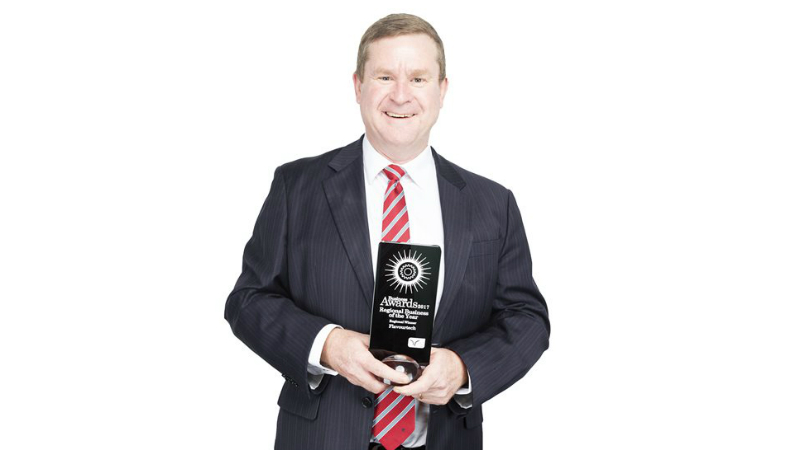 Flavourtech has announced its success at the NSW Business Chamber Awards that were held at the Albury Entertainment Centre.

Announced on Friday 15 September, the awards celebrated the business success of 50 outstanding finalists from the Murray-Riverina region. The winners were announced in front of a crowd of 180 attendees.

Flavourtech was very proud of its wins in:

Flavourtech was also a finalist in the Employer of Choice category. Its technical director Brian Davoren was there to pick up the awards.

Flavourtech develops novel and unique technologies for the capture and concentration of natural flavours and aromas of various products, primarily in the food and beverage industry. Sales in this fiscal year grew by 26%. In addition, sales for the electrical cabinets to third parties increased by more than 50% a year in the last two years, with a corresponding increase in the employment of electricians. More than 90% of Flavourtech’s sales are to the overseas market, reaching 60 countries.

Winners from each state aligned category proceed as finalists to the NSW Business Chamber State Awards, which will be announced at the State Gala Dinner on Friday 17 November in Sydney.

The convenience and availability of Ready To Drink (RTD) tea and coffee is consistent with the changing lifestyle of consumers worldwide.

Flavourtech is an Australian technology manufacturing business that specialises in aroma recovery, extraction and evaporation solutions for the food, drinks and pharmaceutical industries.

Flavourtech's manufacturing technology is known for its ability to recover superior flavours and extracts, while maintaining the natural properties of the raw material.

Thank you for submitting the form. Your enquiry will be submitted to the company.