Mentions of robotics within the filings of food manufacturers fell year-on-year by more than a fifth in the fourth quarter of 2021, analysis from GlobalData shows.

The number of times robotics was cited in the filings dropped by 22% in the final three months of the year, compared to the corresponding period of 2020, the data and analytics group said.

However, in total, the frequency of sentences related to robotics during 2021 was 14% higher than in 2016 when GlobalData, Just Food’s parent, began to track the key issues referred to in company filings. 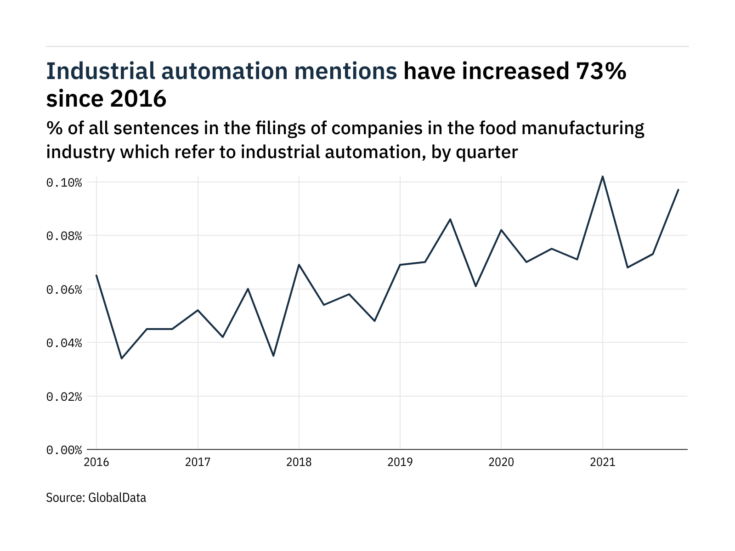 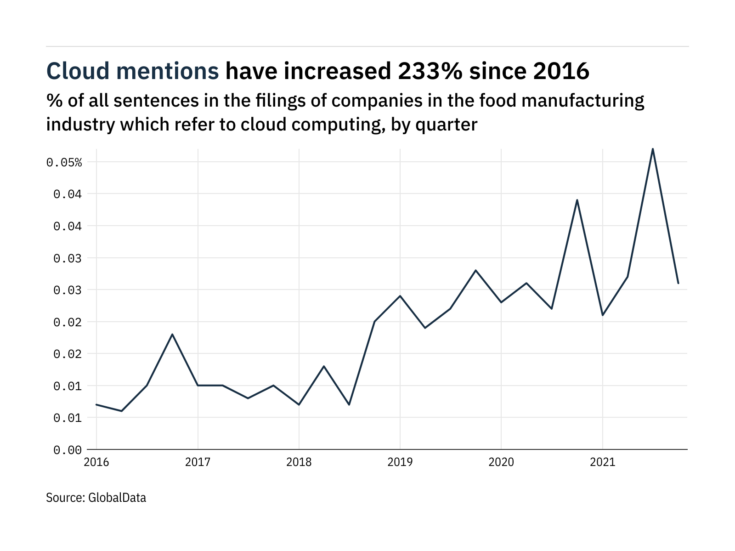 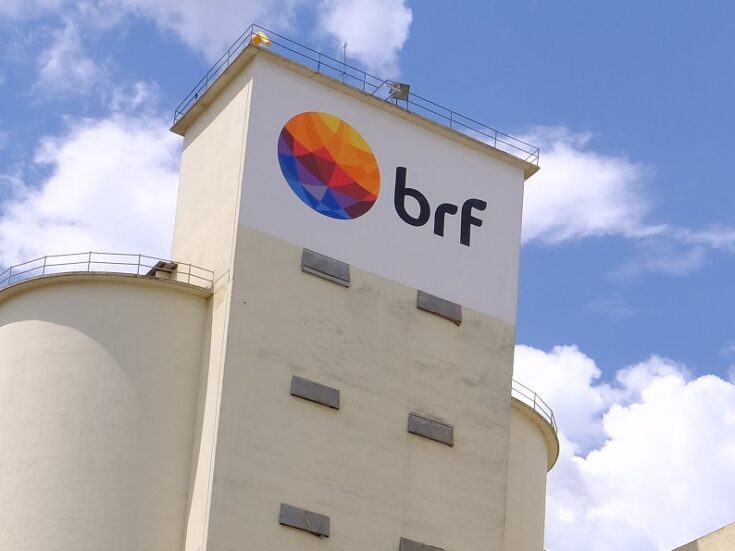 To assess whether robotics is featuring more in the summaries and strategies of food manufacturing companies, GlobalData calculates two measures. It looks at the percentage of companies that have mentioned robotics at least once in filings during the past twelve months – this was 16% compared to 9% in 2016. It also calculates the percentage of total analysed sentences that referred to robotics.

Last month, GlobalData reported how the proportion of food manufacturers hiring for robotics-related positions rose in March versus the equivalent month last year, even if recruitment in the area was down compared to February.

This analysis provides an approximate indication of which companies are focusing on robotics and how important the issue is considered within the food manufacturing industry, but it also has limitations and should be interpreted carefully. For example, a company mentioning robotics more regularly is not necessarily proof that they are utilising new techniques or prioritising the issue, nor does it indicate whether the company's ventures into robotics have been successes or failures.