Nestle’s 2017 investor day had been much anticipated – and it did not disappoint. The event in London was the first of Nestle’s annual investor gatherings to be led by CEO Mark Schneider, with the market keen to hear how the German saw the future for the world’s largest food maker. Dean Best gives you the top takeaways from the event.

There had been calls – with activist investor Third Point the most prominent – for Nestle to follow some of its food multinational peers and publish a formal margin target.

Since Nestle CEO Mark Schneider had taken the helm in February, he had faced questions about whether the Maggi and KitKat maker would join the likes of Unilever and Mondelez International in laying down a target on margins. On Tuesday, a goal was announced, with Nestle setting a target for its underlying trading operating profit margin to be between 17.5% and 18.5% by 2020 (up from 16% in 2016).

The margin target was not exactly what was expected or demanded by some in the investment community. 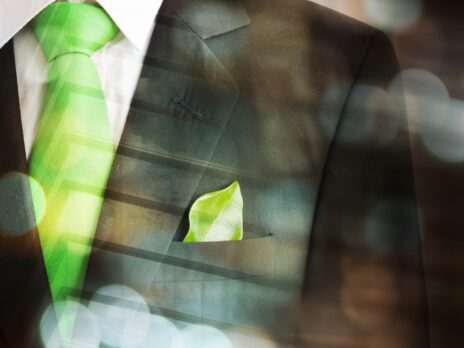 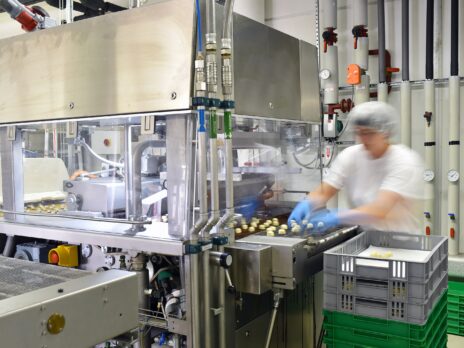 Jon Cox, an equity analyst covering Nestle at Kepler Cheuvreux, says the French finance house had assumed a margin of 18-19% on the trading margin (underlying is pre-restructuring charges). Moreover, he noted Third Point has pushed for 18-20%.

Martin Deboo, who covers Nestle for investment bank Jefferies, describes the margin target as “achievable”, adding: “Schneider feels that a focus on underlying margin affords more latitude for Nestle to invest in restructuring at a level more commensurate with the state of flux that the industry is in.”

A mix of structural cost cuts, ongoing savings from the company’s Nestle Continuous Excellence programme and improved sales are being touted as ways to improve margins.

When Nestle announced its 2016 annual results in February, the numbers marked the fourth successive year in which the company had reported full-year organic sales growth below the so-called Nestle Model.

On Tuesday, the Nestle CEO set out five ways in which he believes the Swiss behemoth can accelerate its organic sales growth to hit the new target; invest selectively in fast-growing categories and regions; address what he called the “under-performers” in its portfolio; innovation; “embracing digital opportunities” and ongoing “active portfolio management”.

Nestle has already embarked on some of these initiatives. This summer, the company said it would focus its “capital spending” on “advancing high-growth food and beverage categories such as coffee, pet care, infant nutrition and bottled water”. These four categories account for 53% of Nestle’s sales and 60% of its underlying trading operating profit.

The portfolio is being altered. Two weeks ago, the Nescafe owner acquired a majority stake in US coffee roaster and retailer Blue Bottle. Earlier in September, Nestle entered the US vegetarian food market with the purchase of local business Sweet Earth. In June, Nestle bought a minority stake in US online meal-kit service Freshly. June also saw Nestle announce a review of its options for its US confectionery division (the company is hoping to the seal the sale of the business by the end of the year).

Schneider did not give precise forecasts for how much he thinks each of these five levers could move Nestle from 2016’s 3.2% organic sales growth to the 2020 mid-single digit target. But he did give an indication, suggesting he believes most of the hoped-for sales acceleration would come from a focus on growth categories, followed by portfolio optimisation and then turning around problem units.

Assets in and assets out

In the seven months Schneider has been in the hot seat, Nestle has already made a number of M&A moves, with the acquisitions of Blue Bottle and Sweet Earth, the investment in Freshly and the (likely) sale to come of its US confectionery business.

On Tuesday, the Nestle chief said gave an indication of the quantum of change industry watchers should expect to see in the company’s shopping basket. Over the “mid term”, Nestle’s moves to buy and sell assets will amount to businesses that account for 10% of the company’s group sales, Schneider said. In 2016, Nestle’s sales were CHF89.47bn.

Nestle’s acquisitions Blue Bottle and Sweet Earth – and its investment in Freshly – echo similar moves by the company’s fellow food-industry heavyweights, as they turn to M&A to snap up smaller businesses deemed to have successfully tapped into the more buoyant parts of the sector. These efforts are likely to continue at Nestle, although Schneider told his audience in London the company would not add “dozens” of fledgling businesses to its portfolio and would be selective in its strategy of making bolt-on acquisitions. Such a mindset is wise, although Nestle needs to ensure it remains ready to act in what is now a very competitive M&A environment, particularly in North America.

Equity analysts covering Nestle have started to speculate which assets could follow the company’s US confectionery arm (in the likely event that is sold) out the door.

“In Europe there could be stronger divestment activity, as today around one-third of EMEA sales only have margins of around 10% versus two-thirds of sales margins at 20%,” MainFirst analyst Alain Oberhuber said. “We think that the brands that could potentially be divested are Herta in Germany or Buitoni in Europe.” Herta, a meats-focused business, does seem a likely candidate.

Oberhuber added: “We think that Nestl is not happy with the performance of its Cereal Partners Worldwide joint venture. We assume that the company is taking a much closer look into this JV and may take action. We presume the final goal will be either to acquire General Mills’ 50% stake or to divest Nestle’s stake.

But US frozen-food arm to remain, insists Schneider

In recent years, Nestle has exited the frozen-food business in certain markets in Europe and the underwhelming performance of that side of its business in the US had prompted to market analysts to question whether the company should stay in the sector on that side of the Atlantic.

However, as questions intensified over the future of Nestle’s US frozen-food division in 2015 and 2016, the company, which owns brands like DiGiorno pizza and Lean Cuisine ready meals, stepped up its investment in the business.

On Tuesday, Schneider insisted Nestle has “a strong commitment” to the business.

“I know with some of you there was a perennial question about when we were getting out of this. Unjustly, this business has a bad reputation from the past when maybe some of the food offerings were not exactly Nestle health and wellness,” Schneider said.

“In frozen, it’s not about the delivery, it’s about what you put in. If you freeze healthy products, you get healthy products. The whole notion of vilifying a whole supply chain does not make sense. We have a very strong frozen supply chain in the US. It’s a source of competitive advantage, an envy to the industry, a huge barrier to entry to other people that would like to offer frozen. Let’s use it to offer products that are in line with the market. I think Sweet Earth is one of them.”

Deboo described Schneider’s comments as “a further eloquent defence of the frozen meal by the CEO”.

The problem Nestle – and other frozen-food manufacturers – have is, while their arguments around the health credentials can be cogent (depending on the SKU), often the consumer remains unconvinced.

Away from Nestle’s financials and strategy, it was notable Schneider infused the first formal chance he had to outline his vision for the food industry behemoth with some passion.

Jefferies’ Deboo described Schneider’s presentation as a “highly personal keynote”. And it was.

Schneider said he had moved his family to Switzerland, given up his other directorships and work with not-for-profits. “I am – to borrow a term from poker – all-in on this,” he said.

“I wanted to assure you that the entire executive board and leadership team is very, very deeply committed to making this happen. This combination of going for increased organic growth and an improved margin at the same time is what I sometimes call in jest going for a run and going on a diet at the same time. This is hard work but we’re committed to it. There’s a recognition at all levels of leadership that this is what we need to do This is what we need to.

“The one thing I can tell you after a year with the company that virtually all of you under-estimate is that sheer pride and will to win that this company has. That you don’t get. I never hear it. I’ve seen it. I feel it and I feel it personally too. This company got for a reason to the leadership position it has today in its industry and it’s hell-bent on not losing it. It’s hell-bent if anything on building it.”