Land use and farm activities are shown by a study to be a significant source of food-related greenhouse gas (GHG) emissions.

In the largest analysis of data of global food systems to date, published in the journal Science by Joseph Poore and Thomas Nemecek, beef comes up as the most polluting food source, followed by lamb and mutton. The study looks at global data across more than 38,000 commercial farms and 119 countries, as shown by Our World in Data.

The study shows, that in the case of most foods, GHG emissions are largely a result of land use change and from processes at the farm, whereas transport accounts for a small level of total emissions.

Land use change refers to the carbon sequestration opportunity loss of a given area, such as when land is used for grazing but could instead have been occupied by forest. 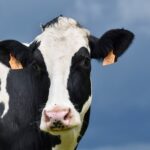 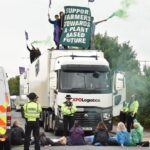 According to the study, land use and farm-stage emissions (such as those produced by fertiliser application and livestock’s enteric fermentation) account for more than 80% of the footprint for most foods.

Tofu, also a well-known plant-based protein source alternative to animal meat, produces around 2.9kg of CO2e per kilogram, while poultry meat – the most popular choice of meat across the world – produces approximately 8.4kg.

The Poore and Nemecek study offers yet more fuel for critics of the meat industry and the damage it does in the battle against climate change. What impact this will have on consumers and their eating habits remains to be seen.

Marina Leiva is a senior reporter at Investment Monitor, where she specialises in the agribusiness sector. Previously, she reported on institutional investments in the UK, Ireland, France, Spain and Portugal for MandateWire at the Financial Times. She started her career in Spain, covering international affairs for Eldiario.es
SUBSCRIBED