Jobs at food manufacturers related to the cloud were online for less time in the first quarter than a year earlier, data claims.

The posts were up on average for eight days before they were taken offline, a decrease compared to the equivalent figure a year earlier, indicating the required skillset for these roles has become easier to find in the past year, GlobalData suggests.

The cloud is one of the topics that GlobalData, our parent company and the source of the data for this article, has identified as being a disruptive force facing businesses in the coming years. Companies that excel and invest in these areas now are thought to be better prepared for the future business landscape and better equipped to survive unforeseen challenges. 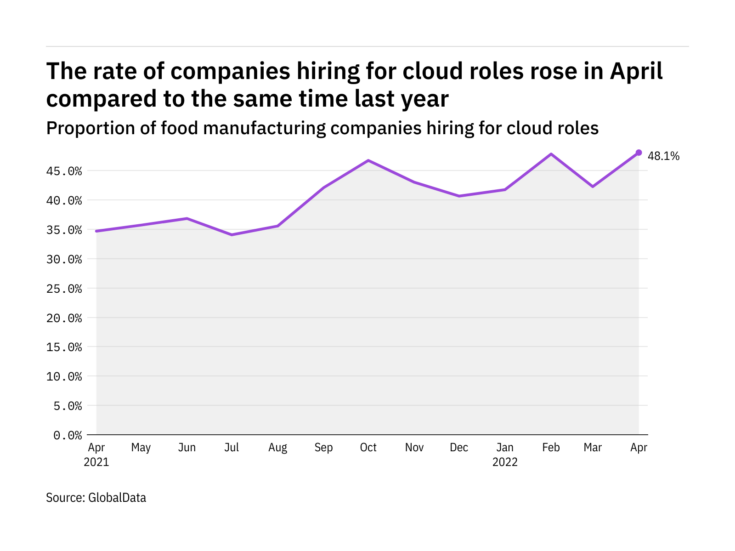 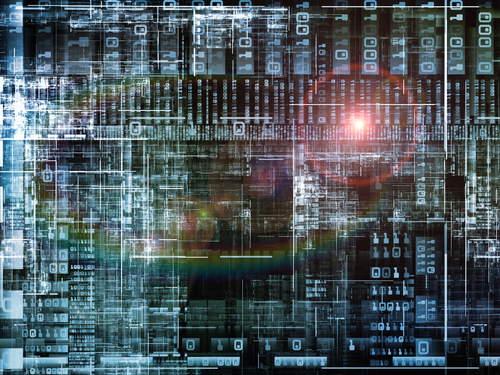 On a regional level, these roles were hardest to fill in South & Central America, with cloud-related jobs that were taken offline in the first quarter having been online for an average of 28.5 days.

At the opposite end of the scale, jobs were filled fastest in the Middle East and Africa, with adverts taken offline after three days on average.

Food manufacturers also found it easier to recruit cloud jobs than the wider market, with ads online for 77.8% less time on average compared to similar jobs across the entire jobs market.

In April, the proportion of food manufacturers hiring for cloud-related positions rose significantly in April, compared with the equivalent month last year, with 48.1% of the companies included in GlobalData’s analysis recruiting for at least one such position.

This latest figure was higher than the 34.7% of companies that were hiring for cloud-related jobs a year ago and an increase compared to the figure of 42.3% in March 2022.