Exports were up, and accounted for 47% of total sales, compared to 43% in the first quarter of 2016, with a key driver of growth being native Hebridean salmon, which offers 100% traceable Hebridean heritage. 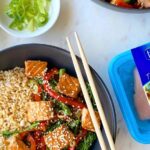 Meanwhile, operational improvements helped increased the EBIT per kg to GBP1.67, compared to GBP0.30 last year, which the company says is the best result in its history.

The Scottish Salmon Co. gave no figure for its net profit.

The Edinburgh-based company, Scotland’s leading producer of sea loch fresh Scottish salmon, has also been given the go-ahead for a new site on the Isle of Skye, which will add an additional 2000 tonnes of consent, bringing total volumes to over 4,000 tonnes capacity in that location.

The smolt will be released in September 2018, with first harvests expected to start in late 2019.

“We remain firmly focused on our long term growth strategy and new site development is an integral part of this strategy,” said CEO Craig Anderson. “The development of the site at Portree demonstrates this and complements our existing Hebridean operations.”

Anderson said the global demand for salmon remains strong, and was bullish about the company’s future prospects. “Demand at home and overseas for Scottish salmon as a premium food product continues,” he confirmed.

“Our aim remains to capitalise on this with our continued drive on exports together with a focus on developing long-term customer partnerships.  Our Native Hebridean development complements the increasing trend of food provenance which is core to our marketing drive for overseas sales.”