Last month, Avril – which said Matines had faced “significant economic difficulties” for “several years” – revealed it had decided on “a project of voluntary cessation” of all of the egg firm’s operations. Restructuring efforts failed to pay off, Avril noted, as did attempts to find a buyer.

However, LDC yesterday (7 July) announced it was in “exclusive negotiations with the Avril group with a view to taking over the Matines brand and the associated goodwill”.

LDC said it would look to invest behind the Matines brand in “alternative production methods” areas, such as organic and free-range eggs. 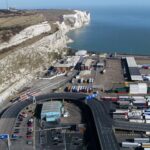 “With this project, the LDC group intends to strengthen its position as a leader in free-range eggs by pursuing and accelerating the commitments of the Matines brand towards alternative production methods in line with consumer expectations,” the company said.

“In order to maintain outlets for the breeders who are partners of Matines, the LDC group would maintain all of the supply contracts to ensure the continuity of deliveries to its customers.”

One of the largest egg businesses in France, Matines sells into the country’s retail and foodservice markets.

When Avril announced the planned closure of the Matines business last month, it said its animal-nutrition arm Sanders would take over its packaging site and staff in the French town of Naizin.

LDC’s announcement of talks over the Matines brand came alongside the poultry group’s fiscal first-quarter results. Sales rose 12.2% to EUR1.34bn (US$1.36bn). On an organic basis, sales climbed 10.4% to EUR1.32bn.