Wicked Kitchen, another US plant-based business, has bought the assets for an undisclosed sum.

Both companies were set up by brothers Chad and Derek Sarno. Founded in 2016, Gathered Foods has been selling plant-based seafood products in North America and Europe. Established a year later, Wicked Kitchen sells plant-based convenience foods at retailers on both sides of the Atlantic and is set for launch in Thailand.

Under the terms of the deal, Wicked Kitchen will market Good Catch products in the US and the UK. Gathered Foods will continue to sell SKUs – marketed under the Swell Catch brand – in more than 20 countries, including Canada, Germany and Singapore. The transaction also sees Gathered Foods become a shareholder of Wicked Kitchen. 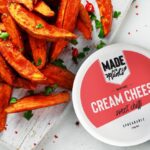 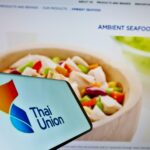 Kerr refused to be drawn on how the equity structures of Gathered Foods and Wicked Kitchen take shape after the transaction.

Asked if the three businesses will remain investors in the company, Kerr said: “Yes, we are still in partnership with our investors, and they have refocused their investments on other parts of the Gathered Foods business.”

Plant-based seafood remains small in the US, representing less than 1% of conventional seafood. The niche segment faces challenges including taste, texture, a consistent and well-developed supply chain and concerns about consumers’ purchasing power.

Just Food analysis: Why it’ll take time for nascent US seafood alternatives to be a big fish