NotCo, the fledgling plant-based business in Chile, has closed its manufacturing facility after opting to outsource production.

Set up in 2015 by technologists Matías Muchnick, Pablo Zamora and Karim Pichara, NotCo started out with a plant-based alternative to mayonnaise, Not Mayo, which will now be produced externally.

Consequently, the company’s facility in Quilín, Santiago, was closed in March with the loss of 32 jobs, while 20 employees were retained and integrated into new roles, a NotCo spokesperson confirmed to just-food, adding it has asked the new manufacturers to consider the laid off workers for any upcoming positions.

NotCo said the decision to outsource means its products can get to market quicker, and frees up resources to focus on new product development. Last year, the company said it was poised to enter new markets in the US and Mexico, and launch into new categories in plant-based milks and ice cream. just-food is waiting for an update from the firm on those developments. 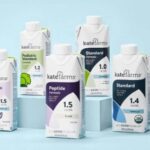 In support of its ambitions, NotCo received a US$30m investment last year from Jeff Bezos’ family office – Bezos Expeditions – and the The Craftory, a $300m consumer brand-focused global investment fund based in London and San Francisco. Existing investors Kaszek Ventures and IndieBio also contributed. No other new investments have been taken on since, the spokesperson confirmed.

The company said it recognises the difficult circumstances in which some of its workers have lost their jobs in light of the coronavirus outbreak but has provided compensation packages.

“This is the deepest crisis that we have experienced as a generation and everyone is having to make difficult decisions. In this world and reality, NotCo is unfortunately no exception,” it said.