The new US National Strategy on Hunger, Nutrition and Health, unveiled by President Biden five weeks ago, sees the White House taking a strong lead on improving diets and addressing obesity rates, as the Obama-Biden administration had done but Donald Trump most definitely did not.

With food policy in the Trump years largely limited to rolling back Obama reforms, Biden was expected to put tackling diet-related illness and obesity back on the policy agenda. In fact, the strategy is arguably more ambitious than the food policy achievements of the Obama presidency.

The broad scope should be welcomed by the US food industry as a focus on obesity tends to place manufacturers and retailers directly in the firing line. The strategy instead aims to further the President’s aim to “end hunger and increase healthy eating and physical activity by 2030 so fewer Americans experience diet-related diseases while reducing related health disparities”. 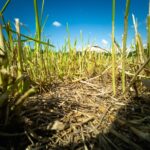 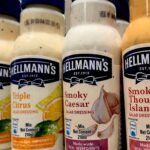 There are actions across five “pillars” and it is the third pillar, comprising measures “empowering all consumers to make and have access to healthy choices”, where the policies of most significance to food companies are to be found. The key aims are the introduction of mandatory front-of-pack (FOP) nutritional labelling; setting voluntary targets for reducing sodium and added sugars in food products; establishing a nutritional standard for food products labelled as “healthy” that is aligned with current nutritional science; and making it easier to access nutritional information when shopping online.

Seeking to foster “collective, sustained action and mobilisation across every segment of society”, the administration has adopted a collaborative and inclusive approach from the outset, not least at the White House Conference on Food, Nutrition, Hunger and Health, only the second such conference to have ever been convened, where the strategy was officially launched.

As harmonious as the mood music may be right now, the debate around those key policy areas is certain to intensify. FOP labelling has been on the health lobby’s wish list for well over a decade. While the food sector’s lobbying power, not to mention its inexhaustible capacity for drawing out the policymaking process, is not to be underestimated, the momentum towards some form of government-mandated front-of-pack nutritional labelling has never been stronger and confidence among campaigners that this will be achieved never higher.

The introduction of FOP nutritional labelling in Canada, Mexico, Chile, the UK and the EU provides the strongest evidence in its favour, say advocates such as the non-profit Center for Science in the Public Interest (CSPI). In fact, CSPI petitioned the US Food and Drug Administration (FDA) in August to create an FOP scheme, some 16 years after it first put such a request before the federal government.

An FOP labelling scheme was also one of the key recommendations in a report by a multi-stakeholder taskforce commissioned by the US government to inform the White House conference. It called for an “effective front-of-package (FOP) labelling scheme that uses, or is based on, a transparent, uniform, and science-based nutrient profiling system or specific nutritional parameters”. Among the taskforce members was Leslie Sarasin, president and CEO of FMI – The Food Industry Association, which represents US grocery retailers.

Campaigners contend the US food industry’s Facts Up Front voluntary FOP scheme was created to forestall the introduction of a government label. Industry advocates can repudiate the assertion but then find their opponents are happy to accept the industry-created Facts Up Front simply because FOP labelling is such a good idea in its own right.

Facts Up Front lacks the colour-coding, graphic or symbol that gives the consumer the instant cue that is required. This is effectively what the front-of-pack label is for and, without it, the label simply becomes an abridged version of the nutritional information on the back label, requiring consumers to work things out for themselves.

The design process for any FOP nutritional label would have to be undertaken in close consultation with industry, as has been the case in other countries. The US food industry will also seek close involvement when it comes to designing sodium or sugar reduction targets. With labelling and reduction targets, the devil will be in the detail, and the discussions could be protracted.

The FDA has at least hit the ground running on the establishment of a new nutritional standard for the use of term “healthy”, opening a consultation on its proposed new rule as the strategy was launched that will run until 28 December.

Consultations would be expected for such policymaking but the Biden food strategy is placing extra emphasis on stakeholder input, along with cross-departmental collaboration and bi-partisanship. The latter seems a rather forlorn hope given the current polarised political environment in the US.

The memory of Obama’s bid to reform children’s food advertising regulations being hobbled by Republican members of Congress at the behest of the US food industry may well have informed the approach the Biden administration has taken, both in relation to stakeholder consultation and to the policy areas the strategy is targeting.

Food marketing has been given a conspicuously wide berth in the strategy. Marketing of foods high in sodium, added sugars and/or saturated fat is only mentioned in relation to the Department of Defense limiting marketing in military dining facilities to foods that meet certain nutritional standards, and to the Federal Trade Commission clamping down on deceptive advertising of foods and dietary supplements.

Meanwhile, Biden chose to position veterans of the Obama-Biden administration at the two key departments dealing with food policy, reappointing Tom Vilsack and Robert Califf as Secretary of Agriculture and Commissioner of the FDA respectively.

While the broad sweep of the strategy is crucial, there is no doubting the importance of the measures relating to food labelling and reformulation. Indeed, FOP nutritional labelling, in particular, could be as significant within the Biden strategy as the reform of marketing regulations might have been to the Obama policy agenda had it been achieved.

A further reason health campaigners might be optimistic with regard to FOP labelling is the reportedly strong Congressional support received by the Food Labeling Modernization Act, a bill introduced independently of the strategy by a number of members of Congress in 2021. The bill would direct the FDA to establish a single, standard FOP nutrition labelling system that can be used on all food products.

Taking at least some of the party-political vitriol out of policy debates relating to issues such as food equity, hunger and childhood obesity should not be impossible and is without doubt desirable. Given the huge challenges that lie ahead relating to climate change, food security and global health, food is arguably a sector that needs, as much as possible, to be de-politicised.

While political polarisation may have worsened over the past ten years, one set of entities that are supposed to have changed for the better – so they regularly claim – are the food companies themselves. With the expanding scope of environmental, social and governance (ESG) reporting, companies now look to show, among their many attainments, how the nutritional value of their portfolios is increasing year by year.

US food manufacturer General Mills, for example, states in its 2022 Global Responsibility Report that 41% of its global volume in 2021 met its “Nutrition-Forward Foods” criteria, a higher nutritional standard which is itself tied to an FDA measure. It would be problematic for a company to reconcile reporting of this kind with lobbying against a standardised FOP nutritional labelling scheme designed to help people make healthier food choices.

The US food industry could do much to temper the party-political discourse in relation to food policy and respond to the Biden national food strategy constructively, as in fairness the major national associations have so far done, would be a good start.