Food and beverage giant Nestlé has announced it is to invest SAR7bn (US$1.86bn) in Saudi Arabia over the next ten years.

An initial SAR375m will be used to establish a new manufacturing site in the country, which is set to open in 2025.

The new facility will produce Nestlé infant-nutrition products and instant coffee, supplying the domestic market and exporting to countries in the Middle East and north Africa.

Switzerland-headquartered Nestlé – which has signed a memorandum of understanding with the Saudi government – said its plans are “a strategic move to grow its long-standing business in the country”. 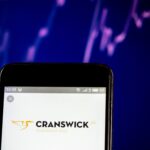 The investment will fund the establishment of the company’s first regional centre with a research and development programme and its first local business incubator for SMEs and start-ups. It will also see the expansion of the Nestlé Centre of Excellence which provides “capability building and uplift programmes for Saudi talent”.

The KitKat and Nespresso brands owner said its investment in the country over the next decade are predicted to generate 3,500 direct and indirect jobs

Yasser Abdul Malak, the chairman and CEO of Nestlé’s operations in the Middle East and north Africa, said: “Saudi Arabia is a sizeable market with major potential for growth.”

Khalid Al-Falih, Saudi’s Minister of Investment, added: “This strategic plan was developed together with the Saudi Ministry of Investment’s food department, reflecting solid investor confidence in the Kingdom and its long-term prospects

“We more than welcome Nestlé’s investments which will contribute to food security and the development of local businesses, fuel local innovation, and create jobs for youth and professionals.”

The company has been present in Saudi Arabia for more than 55 years. Nestlé has 12 offices and operates seven water factories across the country, employing more than 5,000 people. In the wider Middle East and north Africa region, the company has 24 factories in 19 countries

Other large food companies have announced initiatives in Saudi Arabia this year. In May, Brazilian meat heavyweight JBS revealed it had acquired a manufacturing facility and set up a distribution network in the country while, in July, US peer Tyson Foods beefed up its presence by taking a stake in subsidiaries of local firm Tanmiah Food Company.

Just Food’s deputy editor, Andy is a journalist with 30 years’ experience, much of it in the business media. He has edited print and online titles in the UK covering general business, commercial property and international finance. Andy has also freelanced extensively for national and international magazines and newspapers in India, Hong Kong and the Middle East.
SUBSCRIBED