The founders of Ben & Jerry’s have reportedly accused Unilever of breaching the terms of the deal that saw the FMCG giant acquire the US ice-cream maker more than two decades ago.

Ben Cohen and Jerry Greenfield, who sold the business to Unilever in 2000, argue Unilever’s decision in June to sell the ice-cream operations in Israel to the local licensee “usurped” the authority of an independent board the ice-cream firm retained after the sale.

Unilever’s move to offload the Israel unit to Avi Zinger – the owner of American Quality Products (AQP) – and for the licensee to continue to sell the Ben & Jerry’s brand in the West Bank, albeit under Hebrew and Arabic names, stems from the founders’ decision last year to end sales in what they called Occupied Palestinian Territory.

Speaking at the weekend to US broadcaster MSNBC, Cohen and Greenfield defended their commitment to not renew the license for ice-cream sales in the West Bank and Jerusalem when it expired at the end of 2022. They had argued last year that to continue sales in the territory would be “inconsistent with our values”. 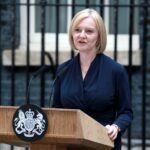 That decision, taken independently from Unilever, created a backlash againist the UK-listed consumer-goods group from Israel, which claimed anti-Israeli sentiment against the parent company.

Greenfield added with respect to Unilever’s sale of the business: “Ben and I were not involved in that decision but the decision by the company not to sell ice cream in the Occupied Palestinian Territories is consistent with the values that the company has had throughout its history – fighting for human rights and dignity.

“The reason we’re on here talking is not about that decision. It has been said it’s about the governance. It’s about the independent board having the authority to do what it is granted to do in the acquisition agreement.”

Ben & Jerry’s turned to the US courts during the summer to sue Unilever, claiming the sale of the Israel operations violated the original merger and shareholder agreement. The US District Court in Manhattan denied the ice-cream maker’s application for a temporary restraining order but instructed Unilever to demonstrate by 14 July why a preliminary injunction should not be issued. The injunction request was rejected in August for the sale Unilever said was completed in June.

Previously, Unilever had argued it had the authority to enter a sale agreement with Zinger and AQP under the terms of the 2000 takeover. That, it said, gave Ben & Jerry’s and its independent board the right to make decisions about its social mission, and gave the company the primary responsibility for financial and operational decision-making.

In other excerpts of the interview, published by media outlets but not heard by Just Food at the time of writing, Cohen made recognition to the original contract.

“That agreement gave authority over the social mission to the independent board of Ben & Jerry’s,” Cohen reportedly said. “Unilever has usurped their authority and reversed the decision that was made and we can’t allow that to happen. We can’t sit idly by.”

He added: “That is essentially saying: ‘Well, the independent board does not matter.’”

Greenfield chipped in, reportedly saying the “social mission” agreement “lasts in perpetuity… and must be respected”.

This publication has approached Ben & Jerry’s to confirm the comments and whether the business has anything to add the statements to MSNBC. Unilever, meanwhile, had not responded to Just Food’s request for comment at the time of writing.

Despite Ben & Jerry’s failed court bid, the business launched a new challenge earlier in September, this time in New York, seeking a planned amendment against Unilever’s sale. The complaint is due to be filed by 27 September with Unilever having until 1 November to respond, Reuters reported.

Asked by MSNBC for his view on the claims Ben & Jerry’s own plan to halt ice-cream sales in the specific territories was anti-Jewish or anti-Semitic, Cohen, who is also Jewish, rhetorically rejected the supposition.