A year ago, this column argued the two major challenges in the US food industry in 2022 would be inflation and the continuation of the supply chain mess that started during the 2020 pandemic shutdown. These have been the two major industry-wide issues this year.

Food-at-home inflation, which has risen significantly over the last year, has meant regular price increases from brands to retailers, which hasn’t sat very well with the latter – or with consumers – but, for a few major food and beverage companies, has resulted in bumper revenue and profits.

Most other CPG businesses, though, particularly emerging brands, have had a much more difficult time both increasing prices and holding on to their pre-food inflation gross margins. Consumer demand for these companies isn’t as robust as for the big brands, which means there’s far less scope when it comes to raising prices with wholesalers and retailers.

As we look ahead to 2023, there are five areas that warrant particular attention from CPG companies operating in the US because of their potential large-scale impact. 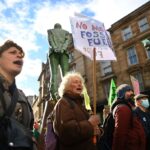 Food-at-home (products bought at retail stores) inflation isn’t going away anytime soon. The good news is the rate of growth has moderated slightly over the last couple of months. The bad news is it’s still far too high.

Expect to see continued moderation in the rate of growth of food-at-home inflation for the rest of this year and into next year. However, don’t expect to see a serious drop until at best the end of the second quarter of 2023.

An economic recession in early 2023 is still possible. If that happens, inflation will likely go away sooner rather than later because of the decline in consumer demand that a recession usually precipitates.

CPG companies are going to have a much harder time raising prices to retailers and wholesalers in 2023 than they have this year because of increased scrutiny by both retailers and elected officials.

Walmart and a couple of other major retail chains have already exerted some pressure on companies when it comes to what these retailers believe are too frequent price increases, while politicians from President Biden to Senator Bernie Sanders have recently been making public comments, suggesting some major packaged food and beverage companies are price gouging with their price increases.

US to see food-away-from-home comeback

Food and beverage companies have had a far less competitive three years than has been the case at any time in recent memory because of the huge drop in food-away-from-home sales.

It started with the 2020 shutdown when restaurants were either closed entirely or forced to operate in a limited way. The surge in Covid-19 cases in 2021 continued to dampen restaurant sales and this, along with high food inflation, has allowed food-at-home sales to continue to dominate this year.

Food-away-from-home sales have been steadily rebounding and, even with continued inflation, foodservice is going to exert a much more competitive force on brands doing business in grocery retail than it has for the last three years.

Major food and beverage companies will make fewer acquisitions of emerging brands in 2023 than in the past few years and what deals there are will be larger in size (higher revenue brands) than has been the case in the recent past.

Instead – and this trend has emerged in the latter part of this year – big CPG companies will instead focus more on line and brand extensions, along with organically launching more brands of their own in 2023. Companies like Mondelez International and Hershey, which have been on a line- and brand-extension frenzy this year, are two examples.

The key reason is big brands, buoyed by a strong 2022 due to the growth in food-at-home sales, along with the gains made through inflation, have added confidence in their own innovation and brand power and are looking much more strategically at emerging brand companies than before when it comes to acquisitions.

When they see a big one they like, like Mondelez did this year with Clif Bar, they will strike. But I see the practice of acquiring emerging brands with annual revenue under $200-$250m declining significantly in the US food industry in 2023.

Line and brand extensions are also generally inexpensive ways for major food and beverage companies to increase sales. Hershey, for example, has extended its Reese’s brand in myriad ways this year, resulting in significant growth for the brand with very little expense, resulting in a good return on investment and an overall strengthening of the brand.

Industry consolidation is in the air

Grocery chains Kroger and Albertsons surprised the US food industry when they announced their mega-merger in October. The deal, scheduled to become effective in 2024 pending approval by federal regulators, would result in Kroger becoming the second-largest grocery retailer in the US, behind leader Walmart.

The transaction is likely to gain approval since Kroger has indicated it’s willing to sell off up to around 600 stores (and if pushed it will sell off more) in order to satisfy regulators’ anti-competitive concerns.

Expect to see other retailers, particularly regional chains, talk of consolidation in the wake of the Kroger-Albertsons combination. There are already discussions among retailers in certain regions about needing added scale in order to compete not only with a combined Kroger-Albertsons but also with the growing power of retailers like Aldi, which is the fastest-growing (in new store-count) grocery chain in the US. Aldi USA has over 2,000 stores and plans to double that number.

The Kroger-Albertsons deal has set a tone in both the retail and CPG industries and the previously unimaginable is imaginable. In September, for example, a General Mills-Kellogg merger might seem too big to imagine or to get passed by federal regulators. But that isn’t the case two months later in November. Might Mondelez reignite its interest in Hershey from six years ago?

In the retail space, big deals like Amazon acquiring Target sounded unrealistic a few months ago. Not today. The US has both a vibrant and independent grocery retailing sector, as well as an entrepreneurial emerging brand universe, which makes the concerns over consolidation less critical than in many other countries. There are, though, legitimate concerns of an anti-competitive nature and they should be considered by not only regulators but by those of us in the US food industry as well.

The last five years have been a wild ride for plant-based meat in every sphere possible except for the one that matters most – sales.

Despite all the attention given to plant-based meat by investors, the press and even retailers, the segment only represents 1.4% of total meat category sales as we close out 2022.

To say plant-based meat has been hyped – and I said just that in my April column –  is a totally fair statement. Much of this hype was generated by a single brand, Beyond Meat, which over the last couple of months has been receiving the opposite type of press to what it’s been getting over the last few years, which had been overwhelmingly positive.

In 2023, we’ll see a return to sanity when it comes to plant-based meat. It will return to its rightful place in the US food industry – as a niche product that offers an option for consumers and retailers in the giant meat category, where animal meat accounts for over 98% of category sales. At retail, plant-based meat will also return largely to the same place it’s been merchandised since veggie burgers were launched over four decades ago: centre-store and meat-department frozen-food cases.

The big unknown for 2023 is the economy and while I’m willing to take out my crystal ball in an attempt to shine some light on what I think some of the key macro trend and issues will be in the new year, I’m not going to venture a prediction when it comes to the economy, except when it comes to food inflation.

Economic recession has been in the air for months but job growth remains strong and, when it comes to groceries, consumers have kept on spending, only trading down to less-expensive brands, including private label, in a limited way.

Either way, I do predict an exciting year for the US food industry, which has proven its resilience over the last few years, through a pandemic, a supply chain mess, and inflation. As such, might 2023 be more of a walk in the park?

Just Food columnist Victor Martino is a California-based strategic marketing and business development consultant, analyst, entrepreneur and writer, specialising in the US food and grocery industry. He is available for consultation at: victorrmartino415@gmail.com and https://twitter.com/VictorMartino01. You can read more of his columns for Just Food here.

Belt Splicing and Maintenance Solutions for the Food Industry